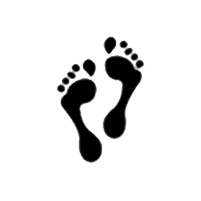 Prescription orthotics are one of the most reliable solutions for many types of foot pain and dysfunction. At Stockdale Podiatry Group, with locations in Bakersfield, Delano, and Porterville, California, the team of podiatrists uses the latest laser technology to scan your foot for precise measurements. Then, they make orthotics for your individual needs. Book your appointment by calling the office or use the online appointment tool.

Orthotics are hard or soft shoe inserts that correct abnormal motion or offer extra foot support. At Stockdale Podiatry Group, the team prescribes individual orthotics according to your particular foot needs. The two forms of orthotics are:

Accommodative orthotics are springy or soft to offer cushioning for comfort. You may need this type of orthotic when you’re dealing with problems such as diabetic foot ulcers, so orthotics might be part of your diabetic foot care.

Functional orthotics are generally harder than accommodative ones. Instead of cushioning your foot, they adjust foot movements to encourage mobility. This relieves symptoms caused by foot abnormalities and also helps maintain healthy movement after an injury.

Orthotics usually cover the entire sole of the shoe, but some orthotics are smaller, covering just the ball of the foot or some other specific part of your foot. Stockdale Podiatry Group also offers orthotic-brace hybrids, called ankle foot orthosis (AFO), that cover both your foot and ankle.

What do custom orthotics treat?

Orthotics can play a large role in recovery when you’re dealing with a foot abnormality, traumatic injury, or chronic disease affecting your feet. Also, some children and adults get custom orthotics to help them improve movement, function, and performance during athletics.

What is the process of getting custom orthotics?

There’s no cold, wet plaster casting because their digital system scans your feet while you stand. It takes many measurements and generates a 3D diagram that reveals how you distribute your body weight when you move and other important information.

The team takes all of this information and plans orthotics for your needs. It usually takes a few weeks to get your new orthotics because the lab fabricates them just for you.

When you need custom orthotics, visit the best podiatry team around. Call Stockdale Podiatry Group or book your appointment with the online scheduling tool.